I. Study the following information carefully to answer the given questions

Only two people sit between B and E, B faces the centre. F sits second to the right of B. E is the wife of A. No female is an intermediate neighbour of E. 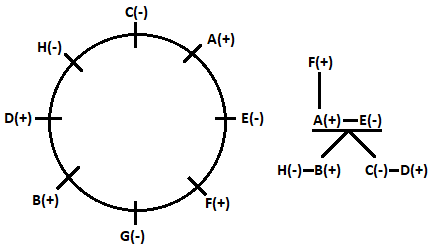